A couple of weeks ago, the second anniversary of my husband’s death passed by.

Once again, though, the days leading up to it were much worse than the day itself.

This year I did myself a favor and pretty well cleared my schedule for the month of February.  I put my pathological need to volunteer for every damned thing on pause, because I knew I wouldn’t be able to follow through with any promises anyway.  I did volunteer do do one small thing for the kids’ Cub Scout troop, and I failed to come through.  It was not a critical issue, though, so while I feel bad about it, it really didn’t matter to anyone else.

I just kept saying, “No, February is bad for me.”  I’m ridic proud of myself for doing that. For saying no.  I’m so glad I did.  Because I was useless.

Last year I was fighting a strange sense of dread, like something else terrible was going to happen.  This year it was a classic grieving sadness like you see in the movies.  I’d hold it together pretty well during the day, but once the kids were in bed it was all comfort eating and staring at the wall.

Pro tip: don’t attempt to watch the video of your wedding any time during your spouse’s death month.

Like last year, I knew I wouldn’t be able to handle day to day life in the days leading up to the suckaversary, so I pulled the kids out of school and we drove across the state line into Astoria, Oregon where we spent a couple of days.  I call it the “Annual Wilson Family Running Away From Our Emotions Tour,” and it is the best thing ever.

The first day of our trip was my 42nd birthday.  We got on the road earlier than I had expected.  I listened to my eighties playlists part of the way, and audiobooks part of the way.  (Dune is not a good choice of audiobook for keeping you alert on the road, by the way.) K gave me the best gift in the world when he proclaimed, “The best music is from the eighties!”  Yes son, I’m just a small town girl who has been shot through the total eclipse of the heart but just wants to have fun.

After setting ourselves up in our room and relaxing for a bit, we started to change into our swimsuits.  I had just wrestled mine on when we got a call from the front desk.  The pool had been shut down for the day due to some sort of problem (which is usually poop in the pool, isn’t it?)  Ugh.  Are you shitting me?  Swimming in the hotel pool was going to be the highlight of the trip!  The kids didn’t mind, though.  More Minecraft time for them.  More crochet time for me.  As a bonus, there was some sort of Harry Potter marathon on one of the channels the whole time we were there, so most of our vacay was spent with the kids buries in their games while I crocheted and watched HP. Exciting? Nope.  Relaxing and pretty much exactly what we needed?  Yup.

We did get out of the hotel some.  The day after our arrival we visited the Oregon Film Museum, which is more or less a Goonies museum.  My kids have not seen the Goonies.  I have tried to show them, obviously.  I’m not a monster.  To them, however, it has always been one of Mom’s boring old movies.  Therefore, visiting the actual jail from the movie was not super thrilling for them.  H was terrified of accidentally getting locked in, and wanted nothing to do with their standup cutout of Sloth.  K had fun pretending to be in jail, though.  We also went to the Astoria Column, which was cooler than it sounds.

The next day was the day. The actual death anniversary.  (Yes, it’s two days after my birthday.) We drove to the beach, because his ashes are in the Pacific Ocean.

Holy crap the weather was awful!  It was comically terrible, especially considering how sunny it had been the day before.  It was so cold and cloudy.  The wind howled, hurling sideways rain at us.  It was so miserable!  We drove up on to the beach, and tried to get out of the Jeep.  So much trash blew out that by the time we got all the trash retrieved and stowed safely back in my floorboards, we were freezing and soaked.  We sat inside the warm car and watched the waves for a while before heading to the aquarium.

The aquarium was a tiny rinky-dink place, but it was fun.  They had an octopus in a tank without a lid, and between that and the crabs H wanted to Leave.  But then we got to feed the seals and it was all good.  Well, I got to feed the seals.  Once the kids saw the trays of cut up sardines, they were not on board with touching that nonsense. I cannot believe they are so gross sometimes, and other times you’d think they were princesses.  Of course, as always, the gift shop was the best part.

We then went to THE BEST burger place.  It reminded me of a restaurant back home called the Hamburger King.  Thin beef patties grilled on a flat griddle, the edges crispy, the buns toasted.  Mmmmmmm. H, who had wanted pizza, thanked me for making him eat there instead.

Back at the hotel, I had used up all of my “everything is fine” energy and took a nap.  And then more nap.  And then ordered pizza to the room, and then another nap.

The next day we headed home.

Now we embark on our third year without him.

Last year, I was still expecting to see him come down the stairs sometimes.  I would still see something, and start to plan how I was going to tell him about it.  I still worried about what he would think about my actions.  At some point during this year, that all went away.  I no longer glance up the stairs on Saturday, wondering when he will get up before remembering he is gone.  I no longer look forward to telling him about my day, only to be saddened by the realization that I will never have a conversation with him again.

In some ways it is good to not have that constant forget-and-remember cycle.  In other ways, however, it hurts to know that he is no longer a part of our routine.  So much of our lives is different than it was when he was here with us.

I don’t know.  It just all sucks so much. 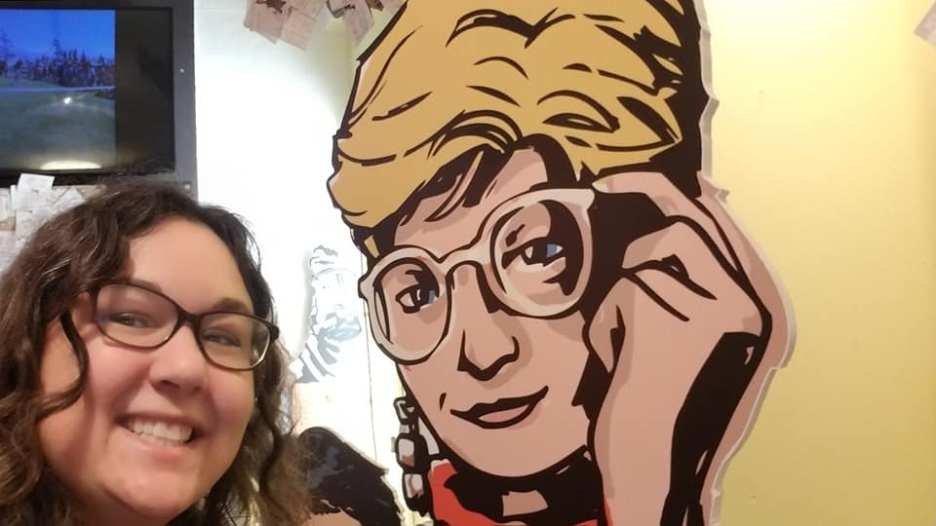